How to Stand Alone - Living Up to the Luther in You

In a world where we are called to follow what is popular, Christ calls us to be "uncool." If we desire to follow Christ, we are called to deny self, and follow Him (Matthew 16:24).
Saturday, October 24, 2015
Program:
As We Begin
Joshua Fit de Battle of Jericho • Spiritual / Howard Helvey
Praise
Cornerstone • Blessed Assurance • Whom Shall I Fear
Prayer
Don Dronen
"By the Word of Their Testimony"
Than Laongkul
Children's Story
Built on the Rock, the Church Shall Stand • Ludwig Lindeman
Worship in Music
Coronation • Craig Courtney
Sermon
“Mission Possible: Called 2 B Uncool” • Dwight K. Nelson
Connect Card, Tithes & Offerings
Hymn
Once to Every Man and Nation • 606
As We Depart
Heroic Postlude • Alec Rowley

11/14/2015
Urban Decay - Angels in the Inner City
The heartbreaking terrorist attacks in the streets of Paris only serve as a painful reminder that we live in a broken world. Our planet is filled with cities, and those cities are filled with hurting people who are in desperate need of a few inner city angels.

11/07/2015
What We Can Learn from Ben Carson, Evangelicals and America
Considering the Adventist Church's historical stance on the separation of Church and State, how do we respond to the increased attention and scrutiny brought on by the presidential candidacy of one of our prominent members? Where do we stand when it comes to the causes of our Evangelical nation? How can we best serve this nation that we love?

10/31/2015
How to Stand Alone - Living Up to the Luther in You
Nearly 500 years ago, a young monk stood all alone before the the greatest assembly of powers, princes, and pontificates the world had ever seen. His courage would spark one of the greatest social revolutions in history. How can we tap into that same source of strength to start our own social revolution today?
All Sermons
Print Download

“People aren’t too different. We align ourselves safely in herds, comforted by the hot breath of others breaking on the backs of our necks and ears. Then we huff and we puff and we blow at the fools turned in the wrong direction.”

“Is there anything more compelling to us than the heavy synchronized breathing of a mob, especially when combined with cocked eyebrows of disdain and curled lips of disgust? This is the zeitgeist, inside the church and out, and it will judge you until you conform or commune. This is cool-shaming, and it will make you squirm and itch to turn your back to the wind, to stand with all the other cows.” (“Called to Be Uncool,” Christianity Today June 2014 p 32)

“How did otherwise intelligent people go along with the Third Reich, the invasion of Poland, the extermination of the Jews? We may assume they were evil, brainwashed, or a bit of both, and in part we’re right. But when was the last time you hedged on an opinion because of the hot breathing of those around you? When did you last choose your words more on the politics of a situation than on truth?”

“We are in need of prophets now. Christians are scattered, but the world’s wind is heavy and unified.”

“Truth and ultimate glory may be in the hands of our Maker, but the keys of earthly shame are in the hands of the mob. Prophets must be immune to floggings on Facebook and Twitter. They must be fearless before friends and tenure committees and stadiums filled with the priests of Baal. The world is busy applying pressure on ‘social issues,’ and Christians are busy caving left and right, trying to accept fresh cultural dogma simply so that they might be accepted.” (Ibid)

Romans 8—The Mountaintop of Scripture

Beginning on Wednesday (7PM), August 17, House of Prayer/PM will slowly climb the summit of the Bible, Romans chapter 8. It will be a simple word by word reflection. Through discussion and meditation you’re invited to recover and revisit the heart of the gospel, the heart of God. Join the conversation and prayers in the youth chapel any Wednesday you’re free. 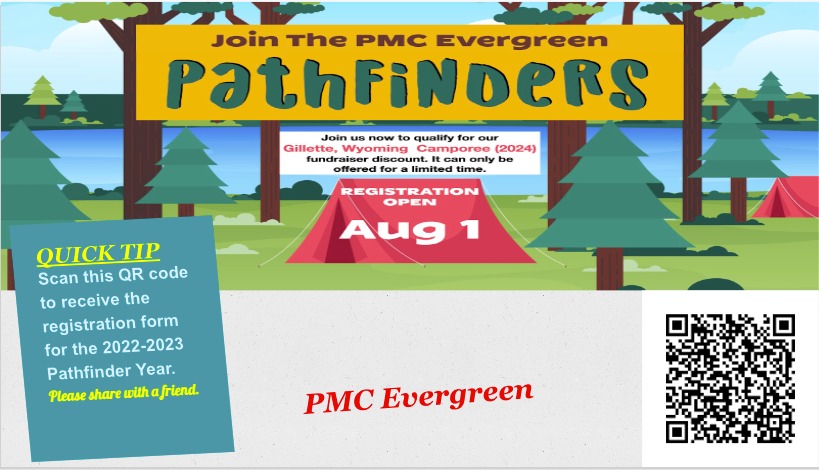 Summer is rapidly coming to an end, and soon it will be time for Fall Grow Groups! Right now we’re looking for dedicated individuals who are excited to share their passions and grow their faith by leading small groups. Fall Grow Groups will meet September 18-December 10, 2022. If you’re interested in leading, text LEAD to 269-281-2345 or visit pmchurch.org/grow. The deadline to register a group is August 20. Feel free to email growgroups@pmchurch.org with any questions.

Would you like to be a blessing to someone during difficult times? Sign up to be placed on the list to donate food for funeral receptions. This is an easy way to share and such a blessing for the families. Call the church office at 269-471-3133 (Heidi Ha) with your name and phone number or email them to members@pmchurch.org.

Something In Common Sabbath School

Future Family DVD series with Andy Stanley Family. We all have one. While some of us loved our "growin up" years, others of us couldn't wait to move out and start fresh. Either way, we want our Future Family to be a step up from our families of origin. Most of us want something better for our children.
July 23--Ideally Speaking
July 30--Power Down
August 6--Common Cause
August 13--All the Fixin's
August 20--Our Way, A Way
August 27--The Echo
Come join us in PMC room 141

Register now for an uplifting and spirit-filled weekend at Camp au Sable. The annual District Nine Family Camp is Labor Day weekend, September 2-5, 2022. Application materials can be found at http://districtnine.wix.com/home.

Join us as we beautify our building and grounds for the beginning of the new school year. 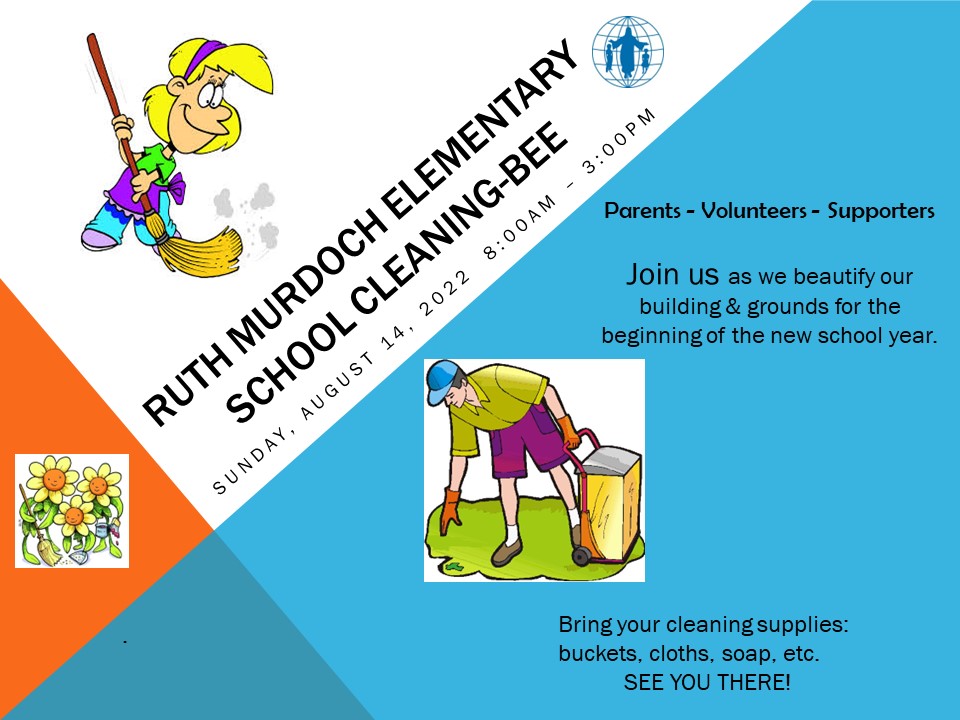 Love in the Move Opportunity

Berrien County Department of Health and Human Services Director, Emersond Jean-Baptiste, has a challenge to every church in Berrien County to find ways to be a cornerstone in impacting the lives of children and families. There are 60 foster homes in
our county and over 200 kids in foster care. This is a great opportunity to make a "Love on the Move" difference in the life of a child. Reach out to me and together with Emersond we can discuss ways to do exactly that. For more information contact Carol Jordan at godshands4kids@gmail.com.

Pioneer's Homebound Ministry is looking for names and contact information of people who are homebound and in need of some personalized attention. Text your information to 262-825-3632.

Pioneer is pleased to announce that transportation will be provided for Sabbath services for attendees with physical challenges who would have trouble in negotiating stairs.

Pioneer Traffic and Deacon teams will transport attendees by golf carts from the canopy entrance to the doors at the east entrance (JN Andrews statue). At the end of the service, attendees will be invited to return to the door and alert a greeter to contact the cart that will transport them to their cars.

If you would like to be picked up from your car at the start of the service instead of at the canopy entrance, please call the church office on (269) 471-3133 by Friday at 10:00 AM and supply the following information:

We hope that this interim measure will be a helpful blessing to you.