In Exile: Cadences of Home

A Place at the Table

Bachelorette for a Day

• #1—Persecution is the expected modus operandi of the devil (“evil”
with a “d”) in his “great controversy” warfare to the divine allies and exiles on earth.

• #2—Trials and tribulations character and dependency
on God.

• 1 Peter 4:12-13—“Dear friends, do not be surprised at the fiery ordeal that has come on you to you [as gold purified in the fire—1:6-7], as though something strange were happening to you. But rejoice inasmuch as you participate in the sufferings of Christ, so that you may be overjoyed when his glory is revealed.”

• #3—Persecution keeps the line of demarcation between the exiles and the culture of the captor .

• Walter Brueggemann: “The great problem for exiles is cultural . The primary threat to those ancient Jews was that members of the community would decide that Jewishness was too demanding, or too dangerous, or too costly, and simply accept Babylonian definitions and modes of reality.” (Cadences of Home: Preaching among Exiles 41)

• Lee Beach: “While integration with culture is necessary, to it in all aspects is not.” (The Church in Exile: Living in Hope After Christendom 89)

• #4—Persecution actually the Kingdom of God on earth!

• Esther 8:17—“And many people of other nationalities became because fear of the Jews had seized them.”

• Shadrach, Meshach and Abednego and Nebuchadnezzar’s image—the king their God above all other gods (Daniel 3:29).

• Daniel and Nebuchadnezzar after his insanity—“I, Nebuchadnezzar, praise and exalt and the King of heaven, because everything he does is right” (Daniel 4:37).

• Daniel and Darius the Great—“I issue a decree that in every part of my kingdom people must fear and reverence the God of .” (Daniel 6:26)

• Tertullian: “The blood of Christians is .”

• Frederick Dale Bruner: “In Matthean and biblical teaching the tribulation of the latter days is a Christian experience and ‘runs from the first advent to the second.’ We’re in it! . . . The tribulation of persecution is the essence of Christian . . . . A winnowed, persecuted, purged, minority church—paradoxically,
evangelically— .”
(Matthew: A Commentary 2:483-484, 292)

• Acts 8:1, 4—“On that day a great persecution broke out against the church in Jerusalem, and all except the apostles were throughout Judea and Samaria. . . . Those who had been scattered preached the word wherever they went.”

• Ellen White: “The two armies [faith communities] will stand distinct and separate, and this distinction will be so marked that many who shall be convinced of truth will come on the side of God’s commandment-keeping people. When this grand work is to take place in the battle, . . . many will be imprisoned, many will flee for their lives from cities and towns, and many will be for Christ’s sake in standing in defense of the truth.” (Maranatha 199)

• Jesus: “Remember what I told you: ‘A servant is not greater than his master.’ If they persecuted Me, they will persecute also.”
(John 15:20)

• Dietrich Bonhoeffer: “When Christ calls a man, he bids him come and .” (Cost of Discipleship 99)

If persecution grows the Kingdom—
why not?

This year's topic is "Blessed are the Peacemakers". The MWC is a forum for scholarly and professional dialogue, the advancement of knowledge, and the promotion of best practices in Christian worship and music. February 16-18 in the Seminary chapel. Register at andrews.edu/icwm/conference. 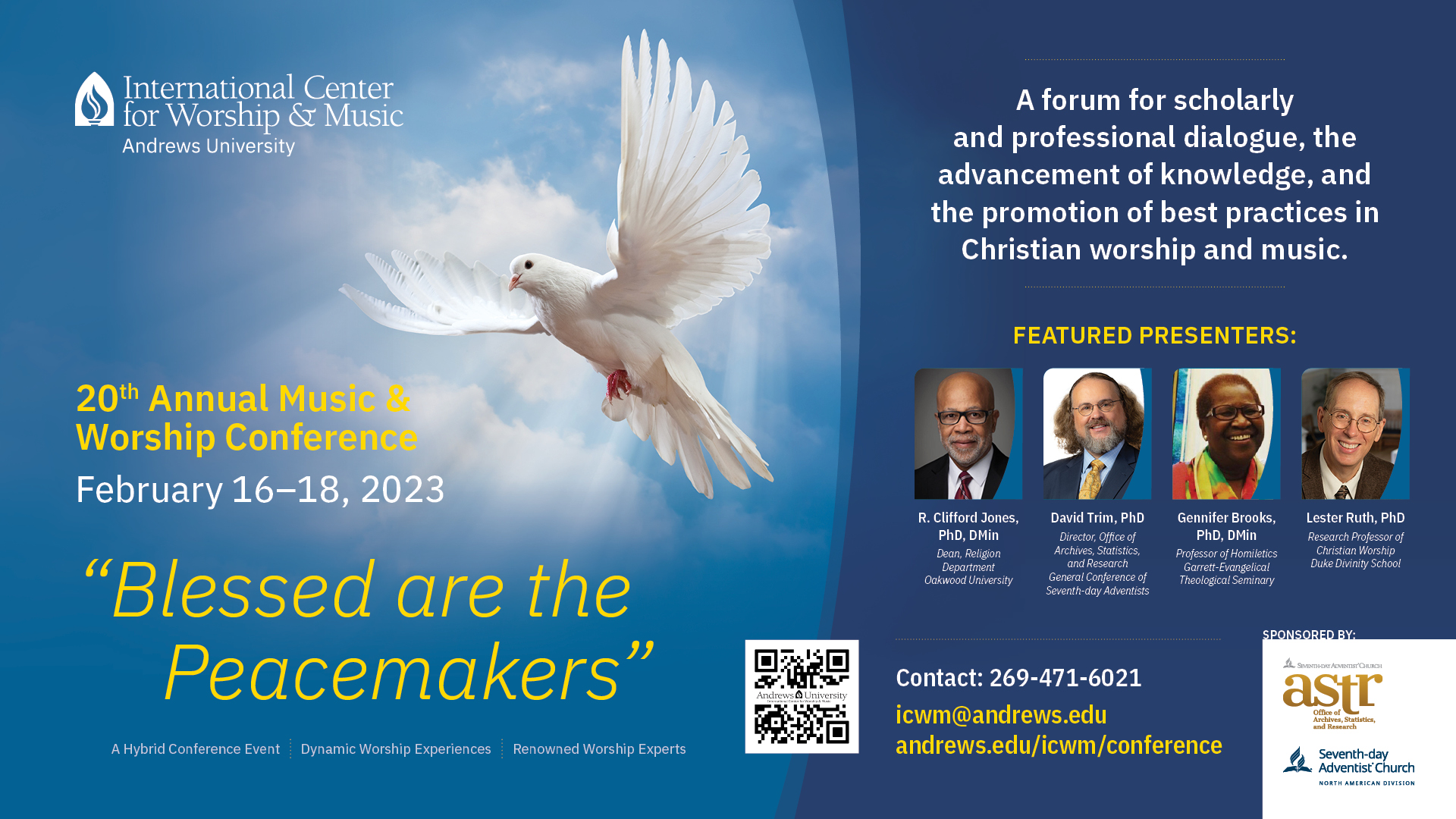 There will be a fellowship dinner this Sabbath, February 4, following the second worship service in the Commons on the lower level. Visitors are always welcome.

Ladies, make time to unwind and get lost in the RIGHT direction...Camp Au Sable in Grayling, Michigan! Let us find the joy in the journey as we make our way toward our happy place, Heaven!! ​Glamping (glamour camping) in style! Together we will be blessed by Tami Milligan and the great seminar line-up. Dates are April 14-16 and April 21-23 (same programs/presenters/seminars each weekend). Visit michiganwm.com to learn more. Jesus says…"I will guide you along the best path for your life." Psalm 32:7,8

Cherishing Our Loved Ones

Pioneer Women’s Ministries invites the PMC ladies to attend with us in a “LOVE ON THE MOVE” project as we show appreciation and support for our beloved church family members who are homebound and grieving by creating encouraging gifts and cards for them. NO MEAL WILL BE SERVED.
Location: Teen Loft
Date: Sunday, February 12
Time: 9:45 AM to 11:30 AM (Check-in at 9:15 am)
Registration: Text “CHERISH” to 269-281-2345

Jesus tells us in Matthew 18:20 that where 2 or 3 of us are gathered in His name, He is there with us! I’d like you to enter into the presence of Jesus this Spring by joining a Grow Group, one of Pioneer’s small groups that are designed to help you share a passion, make new friends, and grow in your faith.

Grow Groups are for everyone! We have groups for all ages, and a wide variety of interests. Many of our groups meet online, so even if you’re not part of our local community, you can still join a group here.

Registration is now open for the spring session (February 5-April 29). You can find all the available groups by texting the word JOIN to 269-281-2345 or head to pmchurch.org/grow and find the button that says “Join a Group.”

Andrews University Student Missions Department encourages students to expand their worldviews and deepen their faith by engaging in service and volunteering opportunities domestically and around the world. For more information or to support our program please see https://www.andrews.edu/faith/missions/index.html or contact sm@andrews.edu

Andrews University is hosting the spring Red Cross Blood Drive on Wednesday, Feb. 22 at the Johnson Gym. We welcome you to sign up at https://www.redcrossblood.org/give.html/donation-time

We Seventh-day Adventists have a reputation of being faithful in returning our tithes to God, at least compared to most other Christian denominations. However, our tithing might contradict what’s in our hymnal, and I’m talking about a well-known hymn. Either we need to change our giving or we need to change the lyrics in the Seventh-day Adventist Hymnal, specifically song #309.

Yes, the Bible talks about a tithe being 10% as a practice of worship and reminds us that everything comes from God, but let’s remember that everything belongs to God, including the local church offering. With what’s left, I buy food to take care of my body or to pay my bills; even this belongs to Jesus. When we bring our offerings to God, we acknowledge that EVERYTHING comes from Him and we can trust Him to supply everything we need. Today I invite you to give everything to Jesus and allocate a portion of that to the offerings at this church as you actively worship God.

The Wooden Structure(s) on Ararat

ASM members and guests are invited to hear Dr. Randall Younker discuss his team's recent visit to Mt. Ararat and what they found, on February 12, at 1 PM. It's sure to be an exciting program. Bring some food and enjoy a potluck with your friends. Bring a new friend and invite them to join ASM for the remainder of the present term for only 1/2 of the annual dues.

Isn't It Romantic? In anticipation of Valentine's Day, join internationally renowned tenor, Charles Reid, and friends from the Andrews University Department of Music in an eclectic and fun evening on the theme of love. 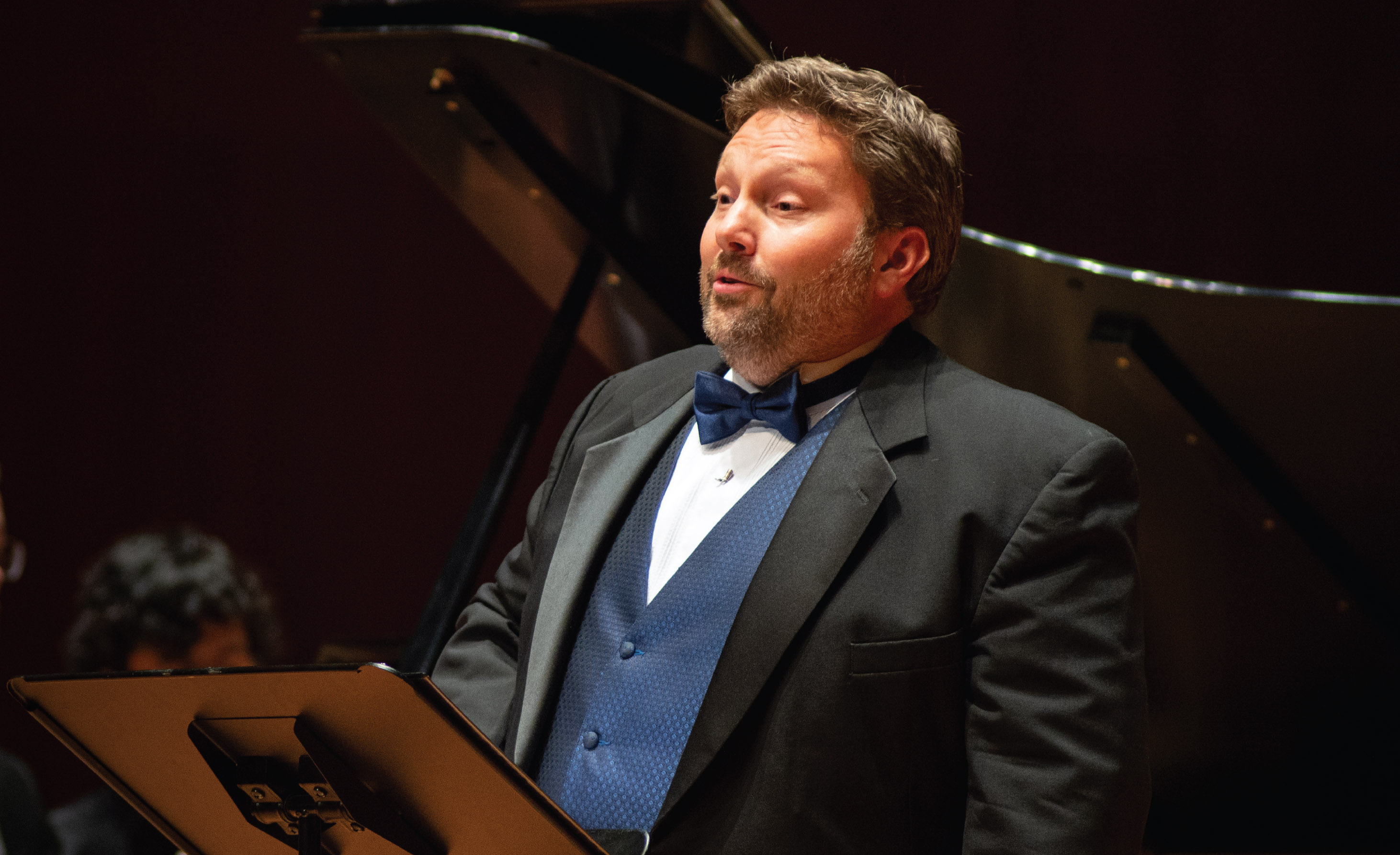