A DIY Guide to Better Mental Health: Saving Your Sanity

A DIY Guide to Better Sexual Health: Taming Your Tiger

• American Psychological Association: “This generation is significantly more likely (27 percent) than other generations, including millennials (15 percent) and Gen Xers (13 percent), to report their mental health as fair or poor, the survey found. They are also more likely (37 percent), along with millennials (35 percent), to report they have received treatment or therapy from a mental health professional, compared with 26 percent of Gen Xers, 22 percent of baby boomers and 15 percent of older adults.” (www.apa.org/monitor/2019/01/gen-z)

• APA: “More than nine in 10 Gen Z adults (91 percent) said they have experienced at least one physical or emotional symptom because of stress, such as feeling depressed or sad (58 percent) or lacking interest, motivation or energy (55 percent). Only half of all Gen Zs feel like they do enough to manage their stress.” (Ibid)

• Alzheimer’s Association: “By 2025, the number of people age 65 and older with Alzheimer’s dementia is projected to reach 7.1 million — almost a 27 percent increase from the 5.6 million age 65 and older affected in 2019.” (www.alz.org/media/Documents/alzheimers-facts-and-figures-2019-r.pdf)

• Dean and Ayesha Surzai: “While every chronic disease you can think of . . . is in decline, deaths due to Alzheimer’s have increased nearly 87% in the last decade. The next decade could be even worse: 10 percent of people over the age of sixty-five will develop some form of dementia, and people over the age of eighty-five have a 50 percent chance of developing the disease. . . . Alzheimer’s may in fact be America’s third-most deadly disease, behind only heart disease and cancer. The question is no longer if we will develop the disease, but when.” (The Alzheimer’s Solution: A Breakthrough Program to Prevent and Reverse the Symptoms of Cognitive Decline at Every Age 2)

• Business Insider: “According to a report analyzing data from the Blue Cross Blue Shield Health Index, major depression diagnoses are rising at a faster rate for millennials and teens compared with any other age group. Since 2013, millennials have seen a 47% increase in major-depression diagnoses. . . . The most prominent symptom of major depression is ‘a severe and persistent low mood, profound sadness, or a sense of despair,’ according to Harvard Medical School.” (www.businessinsider.com/millennials-mental-health-burnout-lonely-depress...)

• Desire of Ages: “Christ’s agony did not cease, but His depression and discouragement left Him. The storm had in nowise abated, but He who was its object was strengthened to meet its fury. He came forth calm and serene. A heavenly peace rested upon His bloodstained face. He had borne that which no human being could ever bear; for He had tasted the sufferings of death for every man.” (694)

• Wes Youngberg: “I tend to think of dementia as a temporary cognitive impairment associated with recent exposures to one or more dementogens that collectively cross a threshold level, leading to decreased functionality in judgment, communication, organization, and the normal functions of daily living.” (Memory Makeover: How to Prevent Alzheimer’s and Reverse Cognitive Decline the Natural Way 33)

• Dean and Ayesha Sherzai: “If we had to name a single food that plays the biggest role in the development and progression of Alhzeimer’s, it would be . . . .  is one of the most destructive compounds we can ingest, and we’re consuming more of it now than at any other point in human history.” (100)

•  Dale Bredesen: “Chronic inflammation [the body’s response to what it perceives is an “attack”] can arise . . . when we regularly ingest inflammation-triggering foods such as sugar. . . . Sugar is like fire, a source of energy but very dangerous. . . . Our bodies recognize sugar as poisonous, and therefore rapidly activate multiple mechanisms to reduce its concentration in our blood and tissues.” (The End of Alzheimer’s: The First Program to Prevent and Reverse Cognitive Decline 48-49)

• Ministry of Healing 249: “If in our ignorance we make missteps, the Saviour does not forsake us. We need never feel that we are alone. Angels are our companions. The Comforter that Christ promised to send in His name abides with us. . . . Those who suffer most have most of His sympathy and pity. He is touched with the feeling of our infirmities, and He desires us to lay our perplexities and troubles at His feet and leave them there.”

"I will put my trust in Him"

Matthew 24:14 “And this gospel of the kingdom will be preached in the whole world as a testimony to all nations, and then the end will come.”

We worship with our tithe and offerings because we wait eagerly to see our God face to face. The Scripture associates the Second Coming with the proclamation of the gospel to the whole world (Matt. 24:14). He desires all to come to repentance (2 Pet. 3:9). Our involvement in doing and supporting God’s mission makes it possible for others to hear and receive the good news.

Peter describes the waiting experience as an active one: “as you look forward to the day of God and speed its coming.” Ellen G. White clarifies Peter’s words: “By giving the gospel to the world it is in our power to hasten our Lord's return. We are not only to look for but to hasten the coming of the day of God” (The Desire of Ages, 633, 634). It appears that God has given us the possibility to hasten His coming.

The example of a sled helps us to understand the meaning of hastening His return. If you put a sled at the top of a hill and allow it to glide, it will reach the bottom after some time. This is the natural course due to gravity and normal force. However, kids who like playing in the snow know that you can speed up your sled as it goes downhill. Among other tricks, you can spray cooking oil at the bottom of the sled, pack down the snow on the track, stay low on the sled, or balance your weight on the sled. As a result, you go faster, and it is more fun. In the same way, the reality of His Second Coming is unalterable; it will take place, but it can happen earlier if we associate with Him to reach out to others.

Are we going to forsake this opportunity to speed up his coming? This week, as we worship with our tithe and regular offerings we can reveal how hard we wish for the Second Coming. 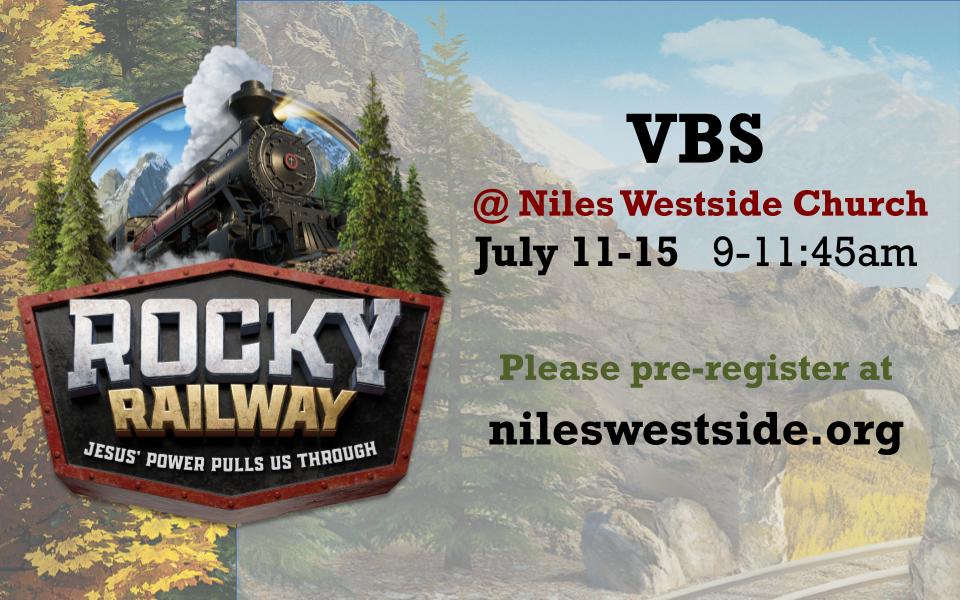 From Anger to Intimacy with Gary Smalley DVD series

June 25- The Spirit of Forgiveness

Pioneer is pleased to announce that transportation will be provided for Sabbath services for attendees with physical challenges who would have trouble in negotiating stairs.

Pioneer Traffic and Deacon teams will transport attendees by golf carts from the canopy entrance to the doors at the east entrance (JN Andrews statue). At the end of the service, attendees will be invited to return to the door and alert a greeter to contact the cart that will transport them to their cars.

If you would like to be picked up from your car at the start of the service instead of at the canopy entrance, please call the church office on (269) 471-3133 by Friday at 10:00 AM and supply the following information:

We hope that this interim measure will be a helpful blessing to you.

Ministry and Grow Group Leaders: We are here to help you create appealing materials both digital and in print in order to familiarize people with your ministry or upcoming event. Because we support many ministries, kindly provide us with at least 10 design days from the time we receive your project details to completion. Additional time may be needed for printing and shipping when applicable. Submit your project online today at pmchurch.org/design/submit. -Pioneer Media Ministry